The boys choir In Dulci Jubilo, now renamed as The Flanders Boys Choir, was founded in 1931 in Saint-Nicolas. Boys from the age of 9 are given the opportunity to develop their musical talents in a professional setting. They learn to know a kind of music that initially may be quite unfamiliar to them; it will, however, gradually win their hearts and minds. 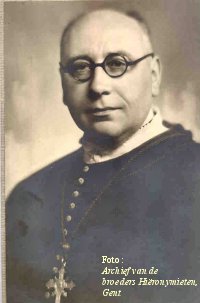 The roots of the Flanders Boys Choir can be found in Sint-Jozef-Klein-Seminarie, a secondary school in Saint-Nicolas. The Reverend Gerard Van Durme started a boys’ choir with secondary school pupils and called it In Dulci Jubilo (IDJ). The school soon proved to be too small for IDJ. The unique tone of a boys’ choir conquered audiences both at home and abroad and that is how In Dulci Jubilo earned a splendid reputation.

In recent years the boys’ choir recorded two CDs. “Noyt Sulcken Liefde” (“Never Such Love”) offers a selection of lesser known old Flemish Christmas carols, featuring the tenor Guy De Mey. IDJ also recorded some of Haydn’s psalms, which were released on CD along with the Missa in Tempore Belli.

In addition to their own concerts the choir contributes to other projects on a regular basis. The boys join in performances of the Matthäus-Passion in Belgium and the Netherlands. Some of them were trained for a part in “Zoutloos” (“Saltless”), a Studio Orka musical theatre production.

Because the choir aspires to be an ambassador of the unique boys’ choir sound both in Flanders and abroad they changed their name into ‘Flanders Boys Choir” in 2016.

A chorister’s career usually starts at the age of 8. The music directors audition in schools in the Sint-Niklaas area every year. If you pass you will be invited to join the preparatory group. One year later the candidates obtain a degree and join the big choir. Choristers aged between 9 and 15 will then take care of them.

The boys practise on Wednesdays and on Fridays on a weekly basis both individually and as a group. Vocal coaches provide individual vocalization classes. On Fridays the adult male singers join in for the alto, tenor and bass voice types. Boys as well as adults usually work on two smaller or larger projects per year.

However: all work and no play make Jack a dull boy! We plan a choir trip every year. In recent years the Flanders Boys Choir has visited France, England, Italy and Austria. There are regular invitations for concert tours as well. 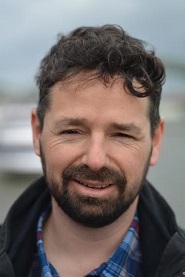 Dieter Van Handenhoven started as a junior choir boy. Today he is the choirmaster. As an eight-year-old he joined his brother in In Dulci Jubilo and became a member of the male choir Later he became the assistant-choirmaster of Johan Van Bouwelen. In the meantime Dieter studied at the Antwerp and Brussels academies and obtained the Higher Degree for organ and the Master Degree for harpsichord. He has been attached to the Collegium Vocale Instrumentale Brugensis as an organ player and harpsichordist and he has played with - amongst others - the Flemish Radio Orchestra, the Beethoven Academy, The Flanders Philharmonic Orchestra and Il Fondamento. He has been the harpsichordist for Flemish Opera productions since 2002. Dieter became the choirmaster in 1993. It is under his leadership that the choir has given concerts at home and abroad and that the musical coaching was professionalized. Dieter ocassionally conducts other ensembles like the Flemish Radio Choir and the Capella Brugensis. Additional music coaches: Pieter Stas, Els Spanhove, Neeltje Van den Bosch, Linda Van Handenhoven.